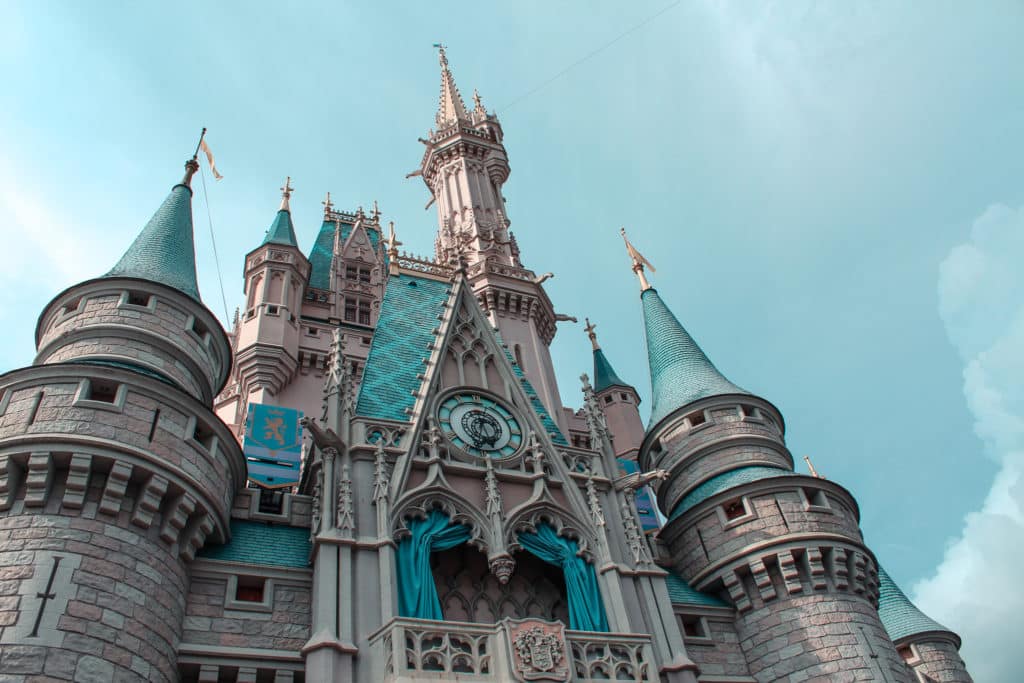 How Many Disney Parks Are There?

“Disney World” and “Disneyland” have become synonymous with family vacations, Mickey Mouse, and the famous Disney castle. But how many Disney parks are there? You might be surprised to learn that there are 12 Disney theme parks across 9 resorts.

As for “castle parks” with an iconic Disney castle at the center, there are 6, with one at each of the main resorts.

Want to learn more about all the Disney parks around the world? Let’s get into it!

Disney Resorts Around the World

There are 6 Disney theme park resorts around the world:

Plus, there are 3 additional resorts that do not have parks:

All Disney Parks Around the World

Keep reading to learn about each of the resorts and parks. But first, here’s a breakdown of each Disney theme park at the 6 main resorts, along with the dates each of them opened:

*Note: I did not include the water parks in the total count as they are not official “theme” parks.

Disneyland Resort opened in 1955 in Anaheim, California. And Disneyland was the first park to open, debuting that same year. Then, California Adventure opened in 2001.

Disneyland was the first park that brought Walt Disney’s vision to life, and the only Disney theme park he got to see during his lifetime.

The centerpiece of Disneyland is the Sleeping Beauty Castle, which is surrounded by nine “lands”, each with a different theme:

Additionally, Disneyland is home to Club 33, a super exclusive, members-only restaurant located in the heart of the park’s New Orleans Square. Club 33 is at the top of every Disney fan’s bucket list.

Walt Disney World Resort in Orlando, Florida is the largest of all the resorts with 4 theme parks and 2 water parks:

Magic Kingdom was the first to open in 1971. Walt Disney had a big hand in developing both Magic Kingdom and Epcot, and was very passionate about what he called his “Florida Project”. Unfortunately, Walt did not get to see either of the parks open before his death in 1966.

Magic Kingdom is the main theme park at Disney World. The Park has 6 lands:

Located in Fantasyland, the Cinderella Castle is the epicenter of Magic Kingdom.

Epcot Center is the second-largest park at Walt Disney World and it opened in 1982.

Epcot stands for “Experimental Prototype Community of Tomorrow” and was the world’s first “theme” park dedicated to imagining the future of society and celebrating the world’s diverse cultures.

The park is divided into two zones:

Future World showcases many inventions and technologies that will be emerging in the near future, such as flight simulators and interactive exhibits about renewable energy.

World Showcase is made up of 11 pavilions representing different countries around the world. This is the stage for the annual Epcot Food & Wine Festival, where you can taste food and drinks from the different “countries” in the park, including the United States, Canada, England, France, Morocco, Japan, Italy, Germany, China, Norway, and Mexico.

Disney Hollywood Studios, formerly Disney MGM Studios, was the third one to be added to the resort and it opened its doors in 1989.

The idea for this park was to create a place where people could experience all facets of show business from music to film to television. The attractions at Disney Hollywood Studios are designed to be a working production studio where guests could watch movies being made, in addition to typical theme park rides and shows.

With so many movies under the Disney brand, the park features big box office hits like Toy Story and Star Wars.

Finally, Animal Kingdom opened to the public in 1998. Guests can experience wildlife conservation efforts through live shows and rides that simulate the natural habitats of their favorite animals.

The park was designed to evoke a safari aesthetic through its architecture, exhibits, and theme.

Animal Kingdom is also home to Expedition Everest roller coaster and Pandora, the World of Avatar.

Walt Disney World Resort also has two water parks, Typhoon Lagoon and Blizzard Beach, but I am not including them in the total count since they aren’t officially theme parks!

Disney’s first expansion into Asia was the Tokyo Disney Resort. The resort is located in Urayasu, Japan, about twenty minutes outside of downtown Tokyo.

The two theme parks at Tokyo Disney Resort are:

Tokyo Disneyland debuted to the public in 1983 and has many of the same rides and attractions as the Florida and California parks in the US, with the same Cinderella Castle design as the one in Magic Kingdom.

Tokyo DisneySea came along in 2001. The park has a nautical theme with 7 ports of call, instead of lands:

Disney’s first and only foray into Europe is at Disneyland Paris. Originally named Euro Disney Resort, the name was changed two years after the resort opened.

The resort is located in Chessy, France, about fifty minutes from central Paris.

There are two theme parks at Disneyland Paris Resort:

Hong Kong Disneyland Resort is Disney’s second resort in Asia. This park is located on Lantau Island, which is about twenty minutes from central Hong Kong.

Hong Kong Disneyland Resort is the smallest out of all the rest of the Disney resorts around the world, and it currently consists of just one theme park:

This theme park opened to the public in 2005.

Finally, Disney’s newest resort is in Shanghai, China. This is Disney’s third Asian park and the first one located in mainland China. Shanghai Disney Resort consists of just one theme park as well:

The Shanghai theme park is has 6 lands:

Recap: How Many Disney Parks Are There?

So as you can see from the breakdown above, in total there are 12 Disney parks spread out between the main 6 Disney resorts around the world:

“Disneyland will never be completed. It will continue to grow as long as there is imagination left in the world.”

It’s inevitable that more Disney parks will open in the future, although it’s unlikely to be the very near future given that Shanghai Disneyland just opened in 2016.

However, Disney executives have confirmed that Disney parks will continue to expand, hinting at potential expansion in China and in other countries around the world.

More Disney Resorts Around the World

While there are 12 theme parks across 6 resorts, there are actually three MORE Disney resorts located around the world! They just don’t have any theme parks.

The theme parks are obviously the biggest draw of all the resorts, but every resort encompasses more than just theme parks: hotels, shopping, dining, and entertainment.

So the three additional Disney resorts that don’t have any theme parks are:

And finally, the Disney theme parks that could have been!

Over the years, Disney has started a number of projects but ultimately abandoned them. Three Disney theme parks that could have potentially existed are:

Unfortunately, none of these Disney parks ever came to fruition.

This post showed you how many Disney theme parks there are around the world!

Looking for more Disney content? Here are some of my favorite posts: