Traveling or moving to France? Make sure you know this essential French etiquette first! 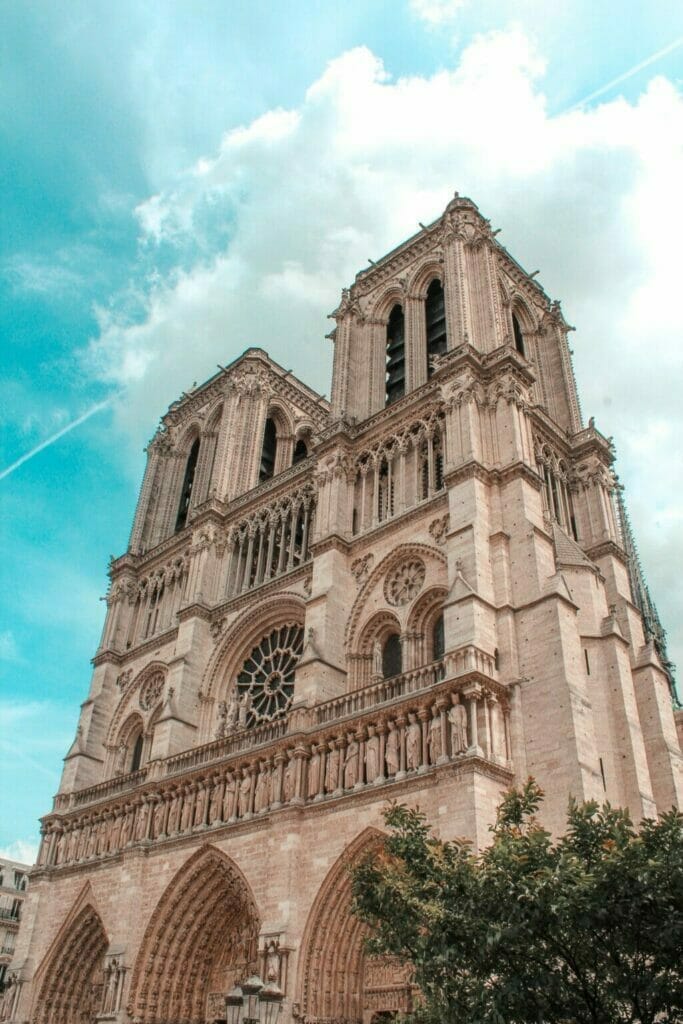 After living in Paris, I can’t say that the French people I met fit any one stereotype.

But there ARE quite a few overarching cultural norms and etiquette that are standard in France. No matter where you go or who you’re around, these are important things to keep in mind to be polite.

Here are seven French etiquette essentials to know before you go:

1. The importance of saying “bonjour”

When entering a shop, cafe, bar, or anywhere, you should always greet the worker with “bonjour” (or “bonsoir” if it’s in the evening.) For added politeness, this can be followed by madame/monsieur depending on their gender. For instance, you would greet your waiter with “Bonjour monsieur.”

It’s considered extremely rude not to greet someone. To walk into a shop and not greet the shopkeeper, for example, might result in you receiving poor service due to the perceived slight.

As an American, “la bise” or greeting someone with a kiss on both cheeks, might seem like an extremely strange practice and one that can take some getting used to!

First of all, it’s usually not normal to kiss someone you just met. A handshake is more standard in that situation. However, after a couple meetings, “la bise” becomes an appropriate greeting.

I found this a little jarring when it was someone I just considered an acquaintance and not a close friend, such as a classmate, but it’s the norm. It’s also considered weird by the French to greet a friend/acquaintance with a big American-style hug, so stick to “la bise.”

In Paris, it’s common to just do one kiss on each cheek (and they can be very light or even air kisses) but in other parts of France, the process is repeated twice or even more!

3. Learn words of politeness in French

If you’re just traveling to France for vacation, you can easily get by without speaking much French. The majority of the French, especially those working in tourism/hospitality, speak English.

But it’s always appreciated to learn a few words in French, especially basic words of politeness: hello, goodbye, please, thank you, I’m sorry, excuse me, do you speak English, and so on.

Don’t be that “ignorant American” stereotype brought to life by only speaking English and not even making an attempt in the local language. Knowing just a few words will go a long way!

Chances are, if you’ve studied French at all, you already know this, but it’s worth reiterating: make sure you understand the difference between the informal “tu” and the formal “vous.”

When in doubt, follow the lead of the person you’re speaking with. If they use “tu” then it’s safe for you to do it too. Otherwise, it’s more polite to stick with “vous” until then.

As someone who is extremely punctual, this one is hard for me to grasp, but the French are NEVER on time for social events. It’s always understood everyone will show up at least ten to fifteen minutes late. (For professional/business situations, punctuality is expected, though.)

I once had a French friend remind me to arrive fifteen minutes later than the time we had agreed to meet, because it was a guarantee that no one would show up on time.

6. Don’t mess with the menu

While in America it’s perfectly acceptable to ask if the waiter can make substitutions or modifications to an item on the menu at the restaurant, this is a big faux pas in France.

Don’t be surprised if your request is met with irritation or a flat-out “non” from the waiter. Unless you have a food allergy or other extenuating circumstance, the Burger King motto of “Have it your way” does not apply when dining out in most restaurants in France.

7. Tipping is not required, but appreciated

Another difference in restaurants and cafes that many Americans are not used to when coming to France is that tipping is not required. A 15% service charge is already included in the bill, although that money does not go to your waiter directly. Instead, it goes to the restaurant owner, and it’s used to ensure all the waiters are paid the same fair minimum wage as everyone else.

That being said, it’s not rude to leave a tip or anything. In fact, it is highly appreciated. If you receive good service, you can round up a couple euros, and if you receive excellent service, you can leave an even larger tip. But leaving a tip is never required when dining out in France.

These are some important French etiquette tips to know before going to France. Knowing how to be polite will ensure that you don’t unintentionally offend anyone and will make your trip a breeze! 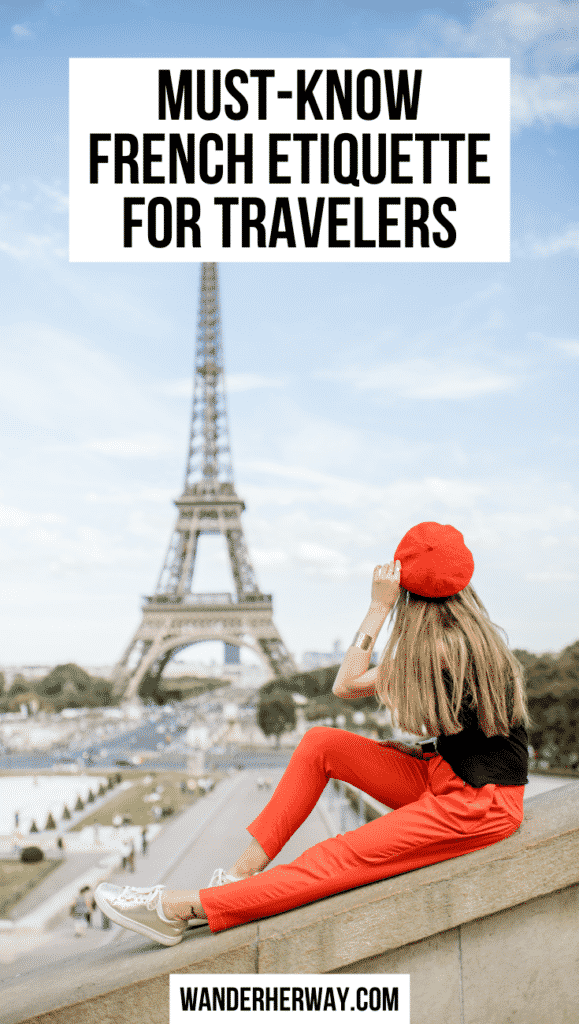