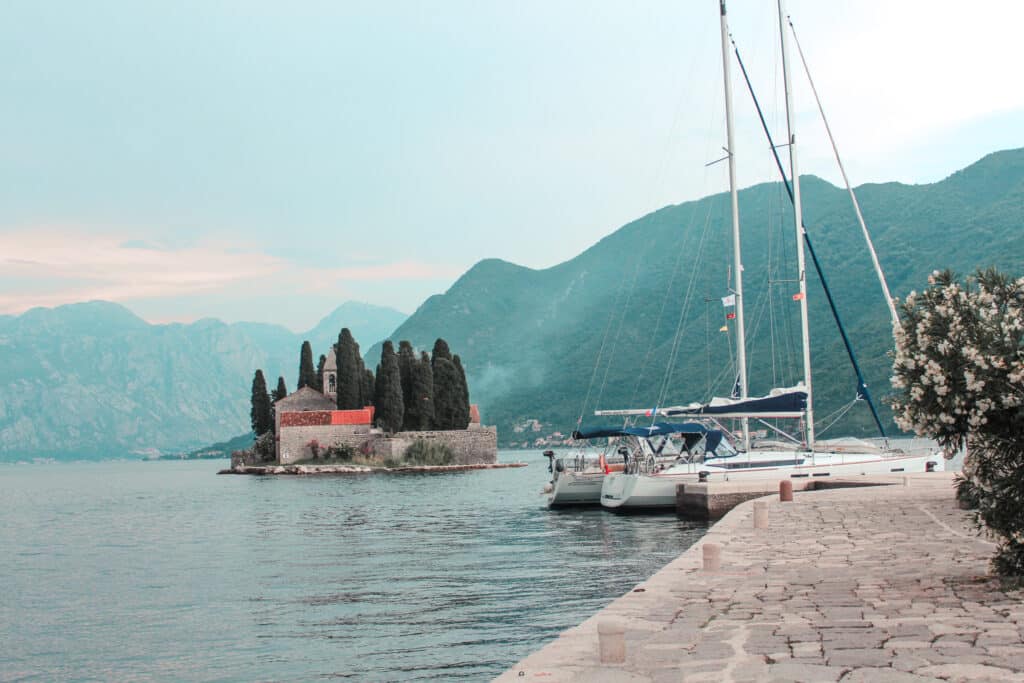 This post is all about the cheapest countries in Europe for travelers.

Most people don’t think of Europe as a very budget-friendly destination. And that’s not entirely untrue: Western Europe is one of the priciest regions in the world for travel, and cities like London and Paris are among the world’s most expensive.

But traveling to Europe (even Western Europe) doesn’t have to break the bank. There are many countries in Europe where you can experience delicious food, beautiful architecture, interesting culture, and stunning nature all on an affordable backpacker budget.

Here are the top 15 cheapest countries in Europe to visit.

Many of the countries on this list can be visited for under $50/day, and all can be done for under $75/day. You’ll find an estimated backpacker budget breakdown for each country below: 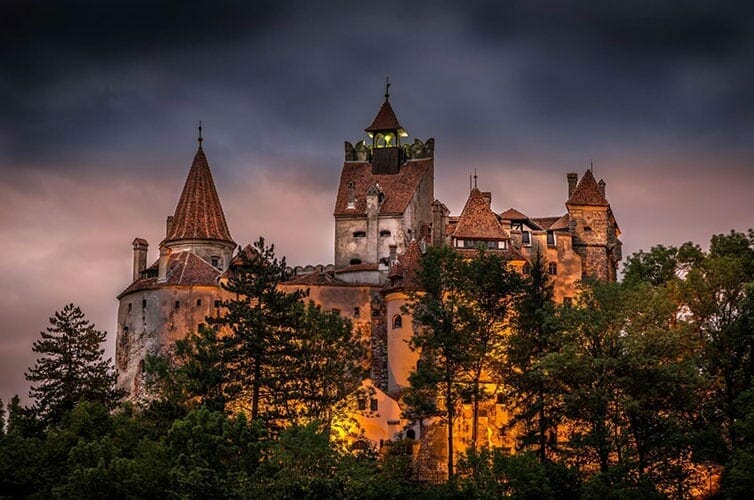 When many people think Romania, they only think Dracula. While the castles of Transylvania are definitely a draw to this Eastern European country, there are many other places to explore, like the medieval town Sighişoara or the eclectic capital Bucharest. 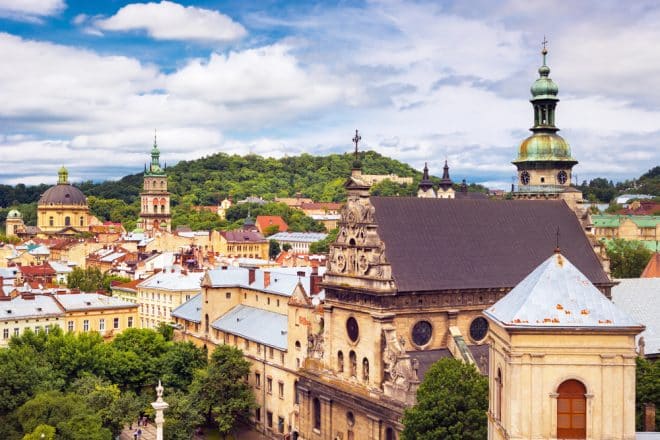 Ukraine is one of the least explored countries in Europe, but it’s slowly becoming more and more popular and certainly has a lot to offer for travelers.

You can easily visit cool cities like the capital Kyiv, historic Lviv, and coastal Odessa without breaking the bank. Ukraine is by far one of the cheapest countries in all of Europe. 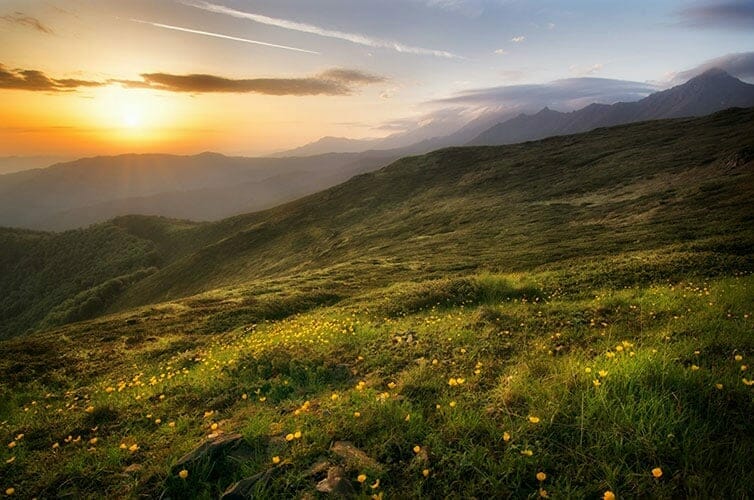 Bulgaria is an Eastern European country with landscapes as diverse as its culture. You’ll find a unique blend of Greek, Slavic, Ottoman, and Persian influences in Bulgaria. 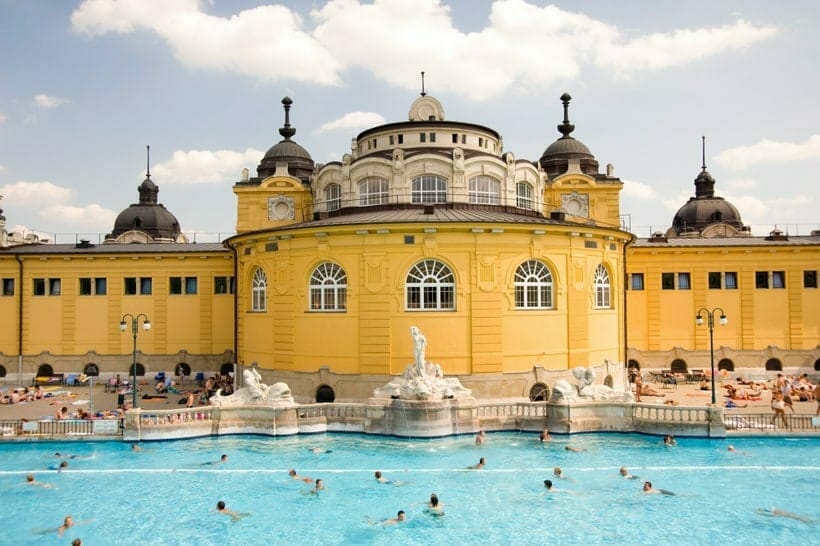 Budapest, Hungary is known for being one of the most beautiful cities in Europe and it can be enjoyed without the high price tag! Some popular things to do in Budapest are visiting Buda Castle, the Hungarian Parliament Building, and the Széchenyi Thermal Baths. 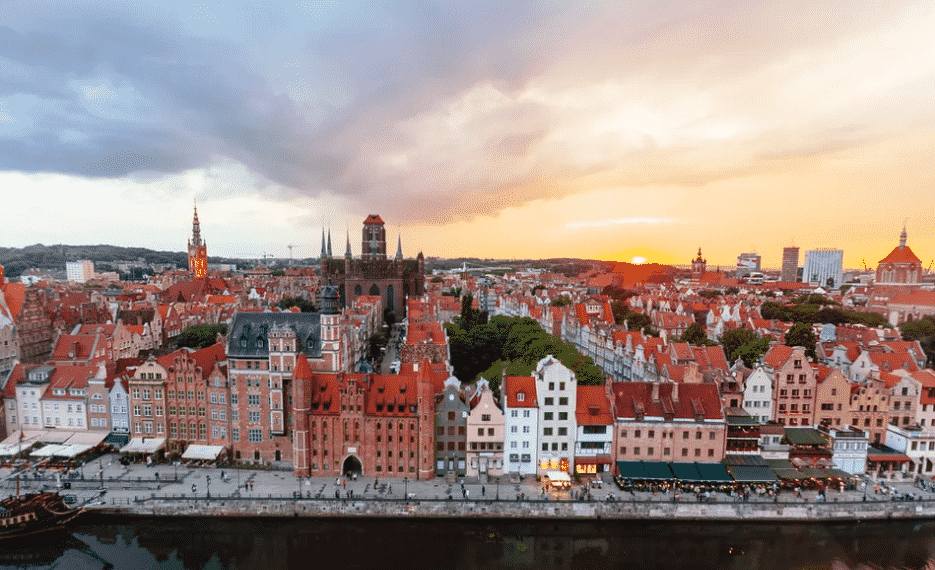 Poland is a budget-friendly country in Central Europe with a lot to explore. Affordable cities like Krakow, Gdansk, and Warsaw are filled with history and things to do.

Nature lovers can escape to the Tatra Mountains, known for their excellent hiking. 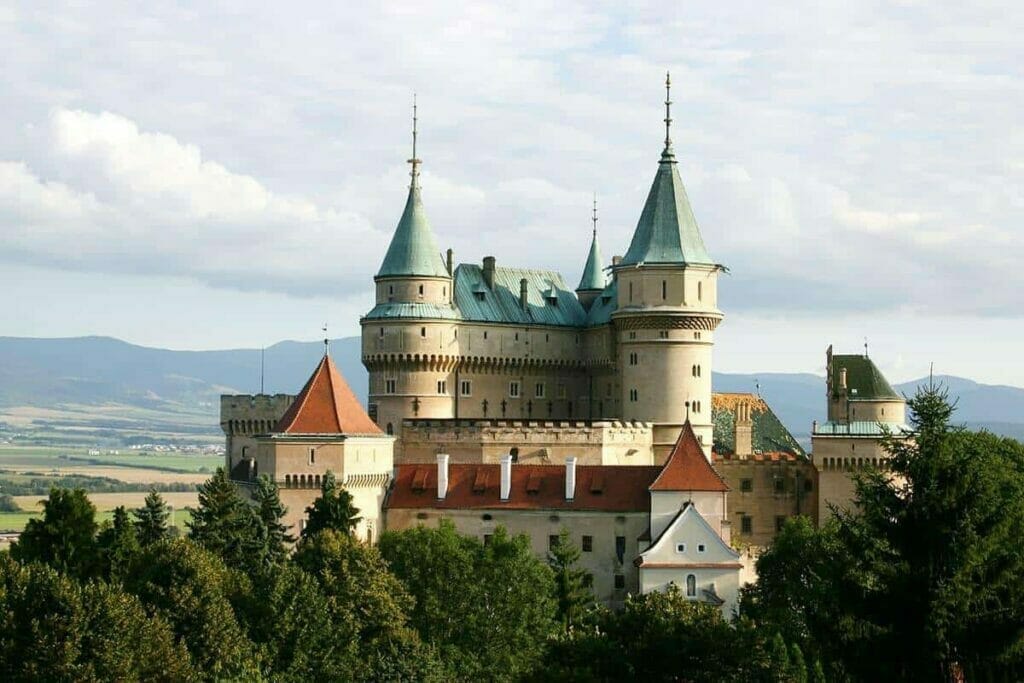 Although often overshadowed by its more popular Central European neighbors, Slovakia is a fantastic destination for budget-minded travelers. The lively capital city Bratislava has plenty to do, while the Tatra Mountains extend south into Slovakia for those who love the outdoors. 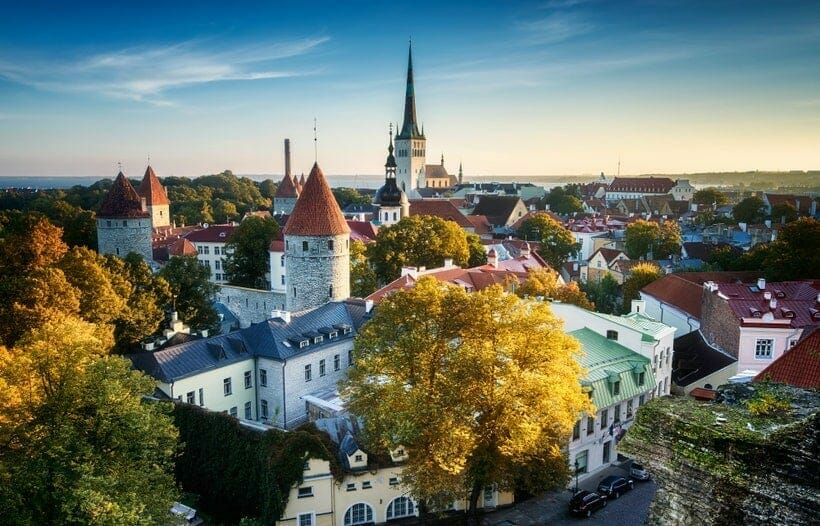 One of the Baltic countries, Estonia is a nestled away in Northern Europe. Although it’s not massively popular with tourists, Estonia is extremely charming and well worth a visit. From the quaint capital city Tallinn to the castles and forests dotting the countryside, there’s plenty to see in Estonia. 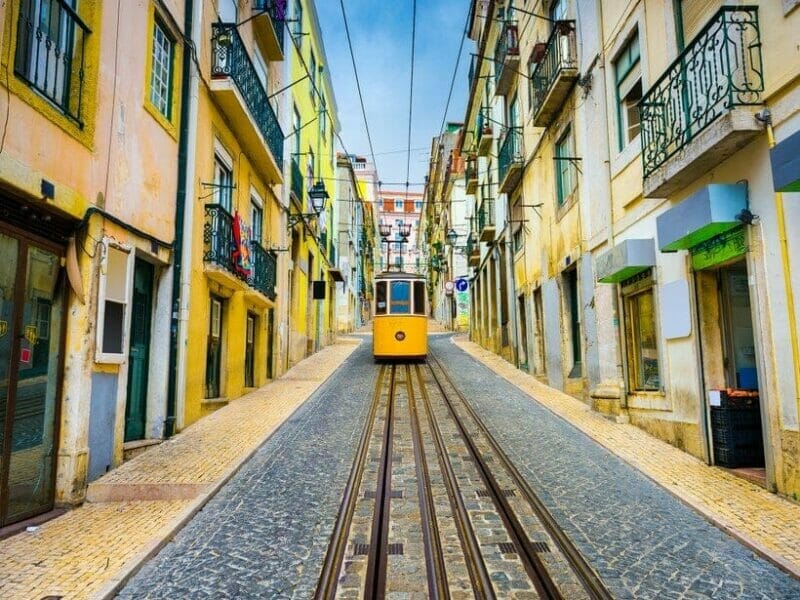 Portugal has exploded in popularity over the past few years, meaning that prices have been steadily increasing. But this country is still one of the cheapest in Western Europe.

There is plenty to do, from exploring the cities of Lisbon and Porto, to learning how to surf on the coast! Portugal is also known for its fresh seafood due to its location on the Atlantic Ocean. 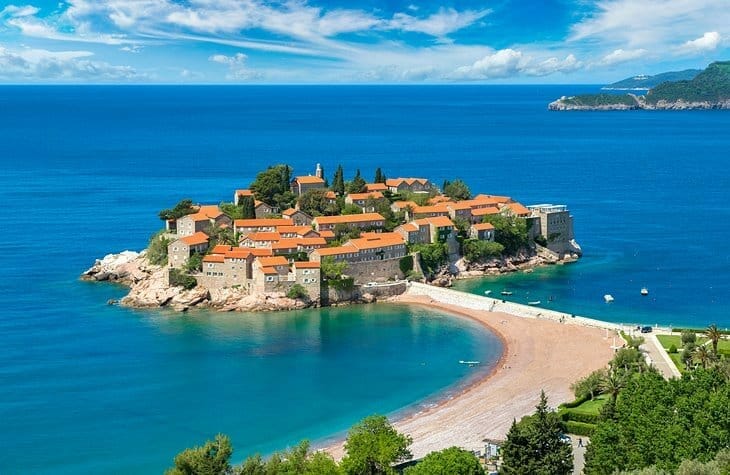 Although it’s tiny, Montenegro has no shortage of things to do. You could easily spend a week relaxing along the Adriatic coast in Montenegro, and best of all, it won’t break the bank! 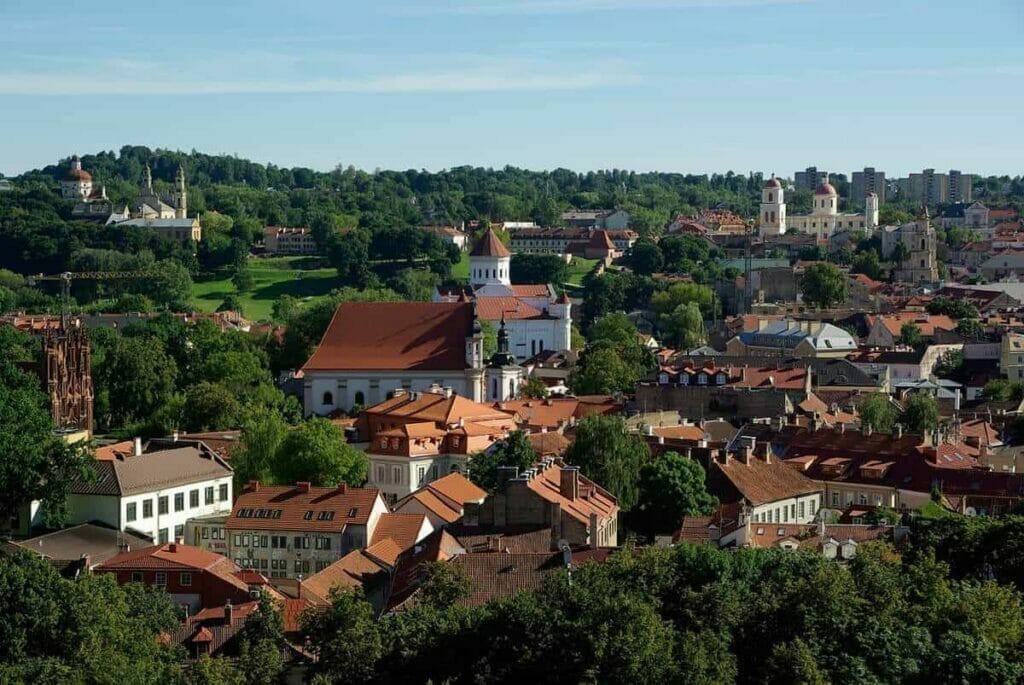 Another budget-friendly Baltic state, Lithuania is packed with things to do. From a charming capital city, Vilnius, to fairytale castles like Trakai Island Castle, there’s plenty to explore here. 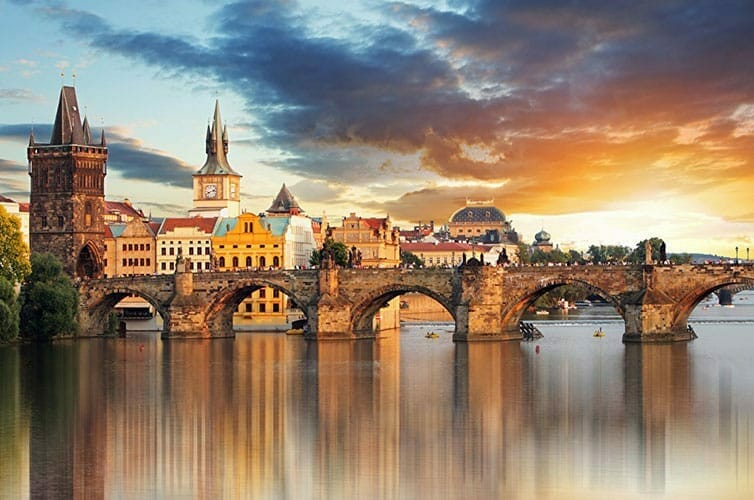 Although the Czech Republic is nowhere near as cheap as it used to be due to a massive influx of tourism, this Central European country can still be pretty affordable.

Prague is one of the most popular capital cities in Europe, and for good reason: it’s absolutely stunning. Prague is a must-visit while in the Czech Republic, but smaller (and cheaper!) towns like Cesky Krumlov and Karlovy Vary should not be missed either. 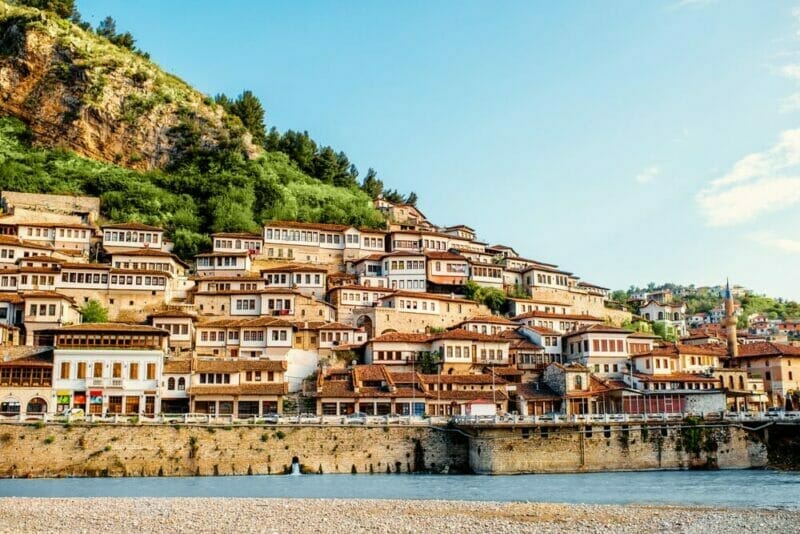 One of the lesser visited countries along the Adriatic Coast is Albania. Even more affordable than its neighbors Greece and Croatia, Albania is known for its beautiful, underrated beaches and historic towns like Berat, the City of a Thousand Windows.

Croatia has seen increasing popularity in the past decade, but this gem on the Adriatic Sea is still quite affordable compared to many other places in Europe.

The Adriatic coastline of Croatia is home to gorgeous views and charming seaside cities like Dubrovnik and Split. Inland, the capital city of Zagreb is worth a visit, along with the famous Plitvice Lakes National Park and its many stunning waterfall. 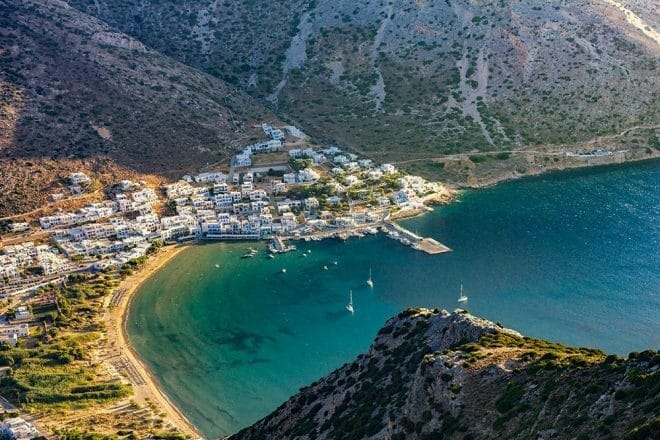 Most people hear Greece and think of the expensive luxury hotels on the islands of Santorini and Mykonos. But Greece can actually be surprisingly affordable (even in the islands!) Some budget-friendly destinations include Athens, Naxos, Hydra, and Thassos.

Related: 10 Amazing Things to Do in Athens, Greece

Most people probably couldn’t point out Macedonia on a map, but this small Balkan country north of Greece is a surprisingly underrated and affordable destination.

These are the cheapest countries in Europe! If you’re looking for a European getaway that won’t break the bank, these are some of the best destinations to visit.

For more Europe travel inspiration, check out the following posts: 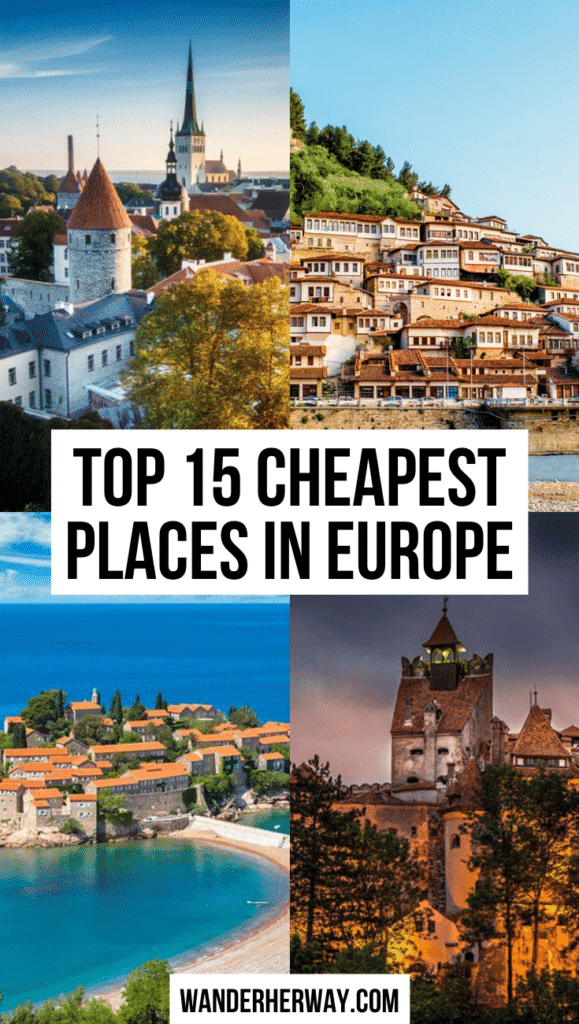