The Best Things to Do in Cartagena

This post is all about the best things to do in Cartagena, Colombia!

I loved my trip to Cartagena. The city is a colorful blend of different cultures, with Spanish colonial and Afro-Caribbean influences. It’s a mixture of old and new, between the historic Walled City and the gleaming skyscrapers of Bocagrande.

There are so many cool things to do in Cartagena. Here are some of my favorites from my trip!

You may also enjoy:

Here are 10 of the best things to do on a trip to Cartagena:

Free walking tours are one of my favorite ways to get acquainted with a new city.

I always do one on the first day of my trip because they are a great way to learn about a new destination and familiarize yourself with how to get around.

I took a free walking tour of the Old Town through Free Tour Cartagena. It lasted two hours and covered many of the most popular sites in Cartagena.

Of course, like with any free walking tour, you should always tip your guide afterwards. 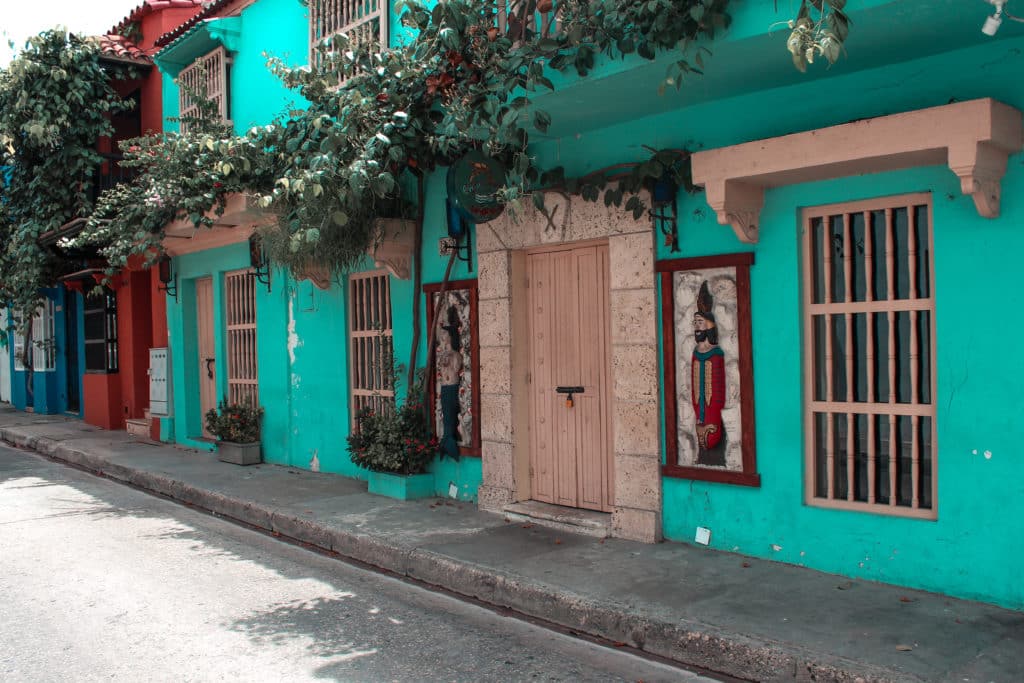 2. Explore the street art in Getsemani

Getsemani is located just outside the walled Old Town of Cartagena and is one of the city’s most up-and-coming neighborhoods.

It’s hip and lively, with plenty of popular restaurants, bars, and new hotels/hostels. One thing the neighborhood is also known for is its cool street art.

You can easily spend an afternoon or evening just wandering around and exploring. 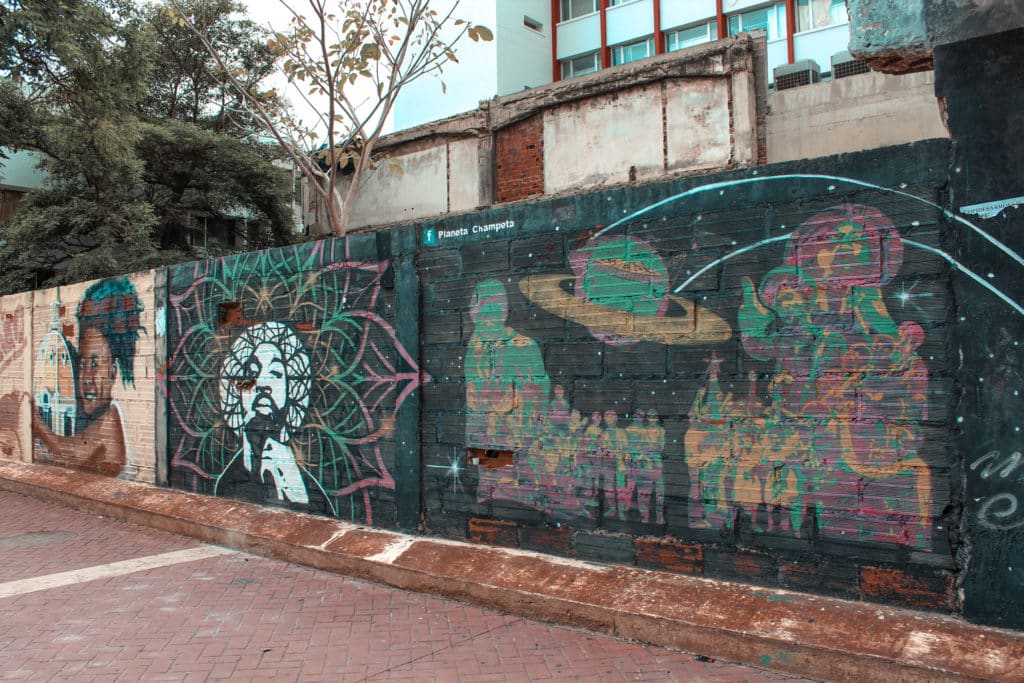 3. Buy fruit from a palenquera

A ubiquitous sight in Cartagena are palenqueras, black women wearing colorful dresses selling fruit from bowls they balance on top of their heads.

These women come from San Basilio de Palenque, a small village near Cartagena that was established in 1691 as the first free black village in the Americas, ruled entirely by people who escaped from slavery. Historically, women from the village would come into the city to sell fruit.

Nowadays these women make more money from posing for photos with tourists than by actually selling fruit. If you want to take a photo of or with a palenquera woman, be sure to give her a tip and buy some fresh fruit too (it’s delicious!) 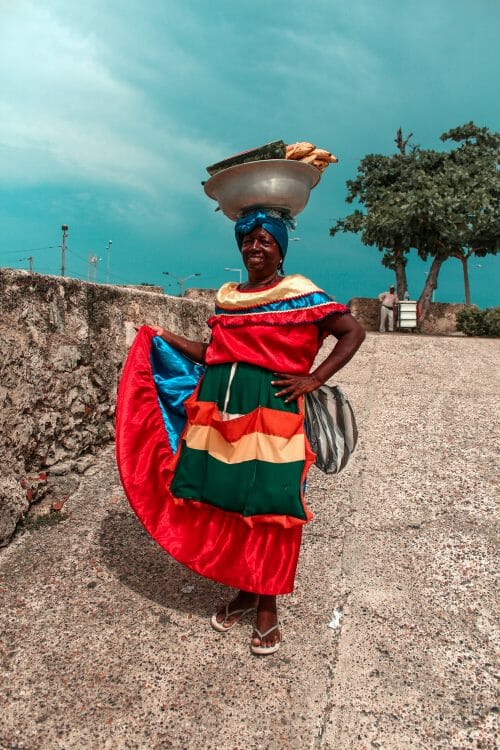 Although Cartagena city proper has beaches, they aren’t very nice. The high-rise Bocagrande neighborhood is known for its beaches, but most people report that they are dirty and overcrowded.

For the perfect beach escape in Cartagena, I suggest taking a day trip to the nearby Rosario Islands instead. These islands are about an hour away from Cartagena by boat and have crystal-clear water and secluded white sand beaches. 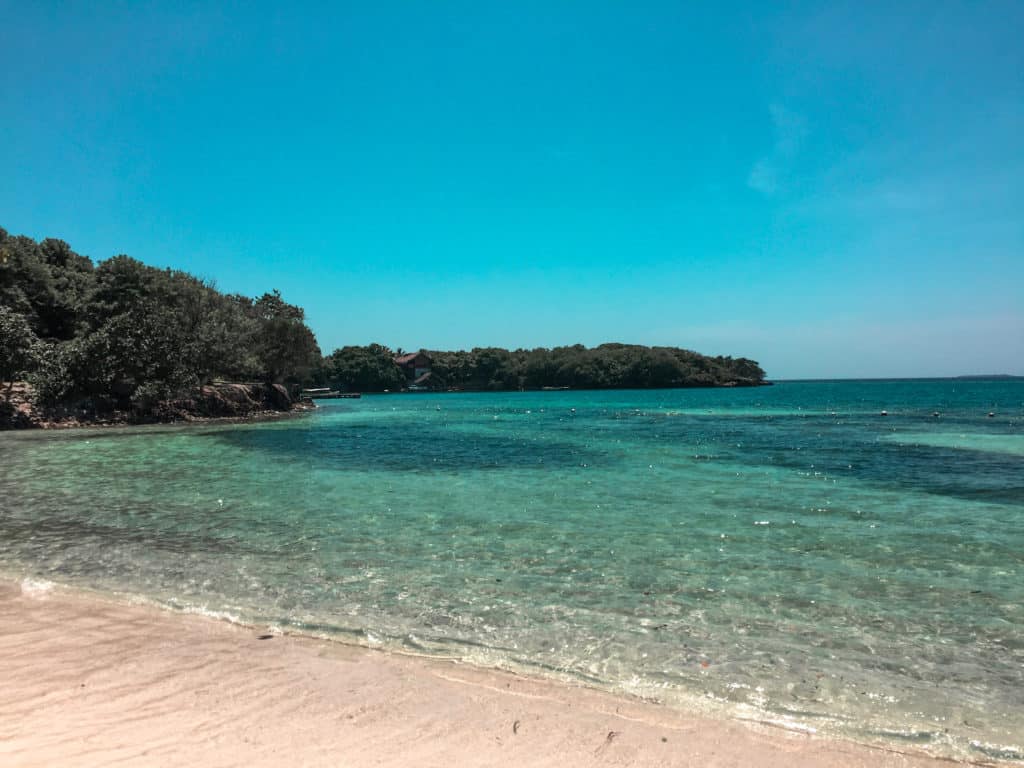 The defensive walls around Cartagena were originally constructed to protect the city from pirate attacks. (The walls were Cartagena’s first line of defense – the second line of defense was the maze-like layout of the city streets, designed to confuse invaders and get them lost.)

These days, you can walk the stone walls and get a cool view of the old city as you go around it. I recommend walking in the evening to avoid the extreme heat and direct sunlight in the afternoon. 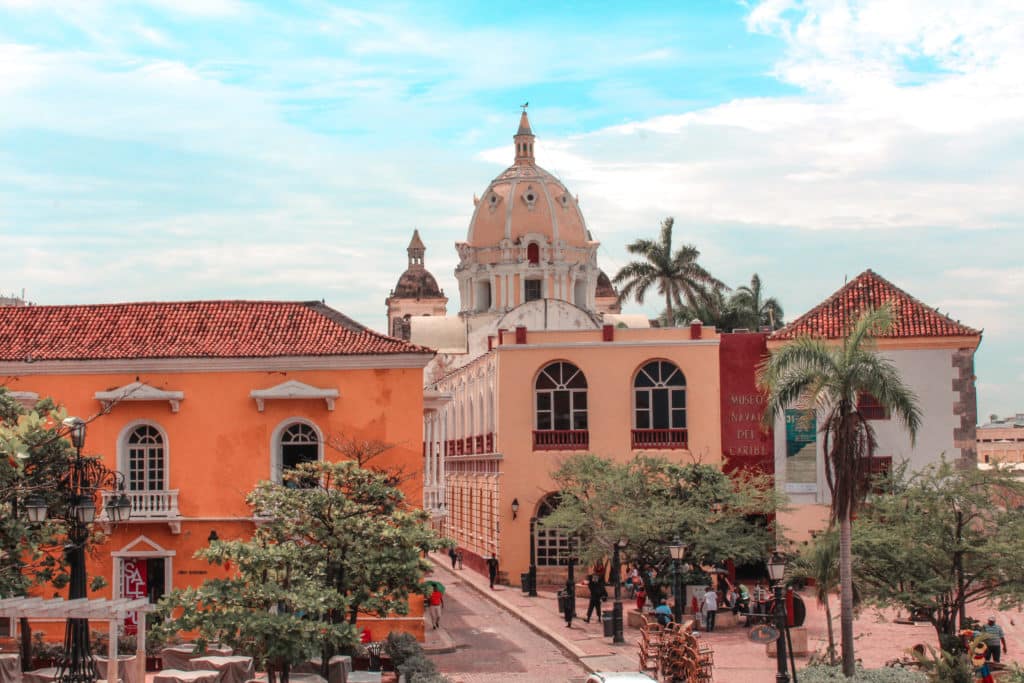 Cartagena has some amazing and delicious street food. I took a street food tour with Cartagena Connections and really enjoyed myself!

Over the course of 2.5 hours, we sampled about eight different street foods that are popular in Cartagena, from fresh fruit to cheesy fried snacks. 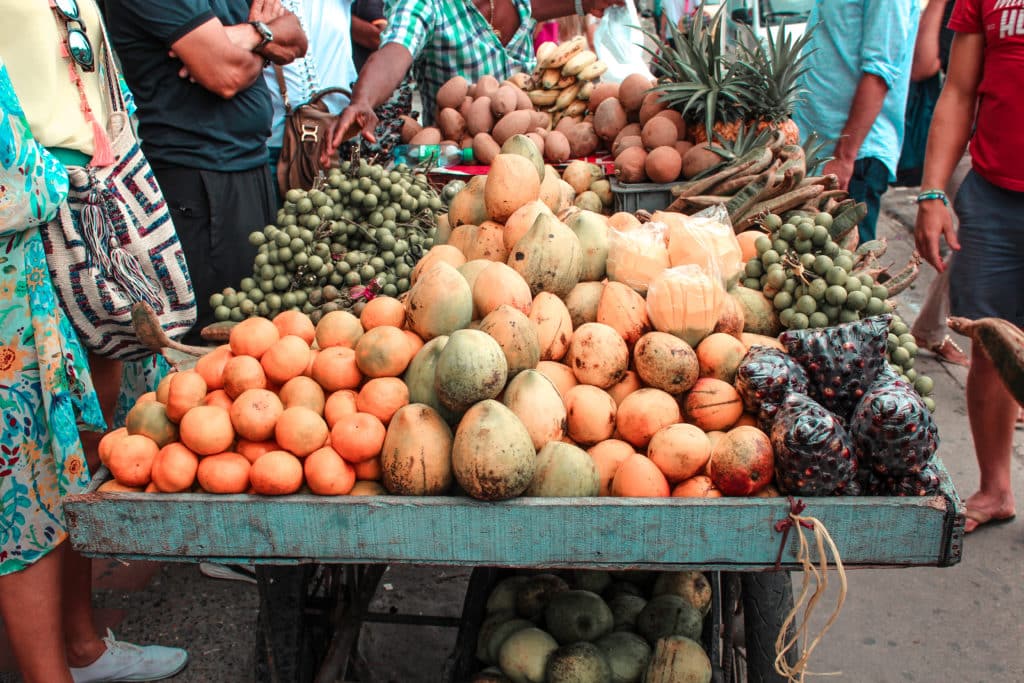 7. Visit the Palace of the Inquisition

Hiding behind the pretty facade of an elegant Spanish colonial fortress is a museum about one of the many dark parts of Cartagena’s history, the Spanish Inquisition.

Carried out by officials of the Catholic Church, the Spanish Inquisition lasted for over 200 years in Cartagena until Colombia gained independence from Spain in 1812.

During those two centuries, hundreds of suspected heretics were tortured at the Palace of the Inquisition, and you can see the gruesome torture devices that were used on display at the museum.

The entrance fee to the museum is about $6. 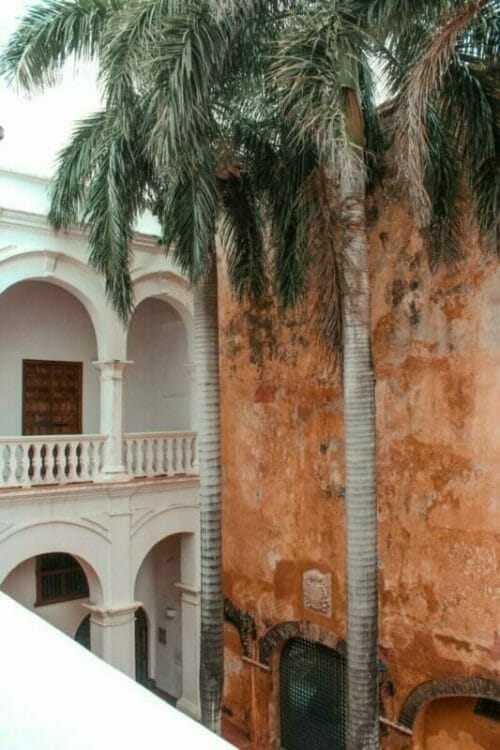 One really fun activity to do in Cartagena is taking a ghost tour. This was yet another tour I did with Cartagena Connections. It was a very small group, and our guide (a Cartagena native) took us all around the city after dark sharing ghost stories and haunted legends about the city. 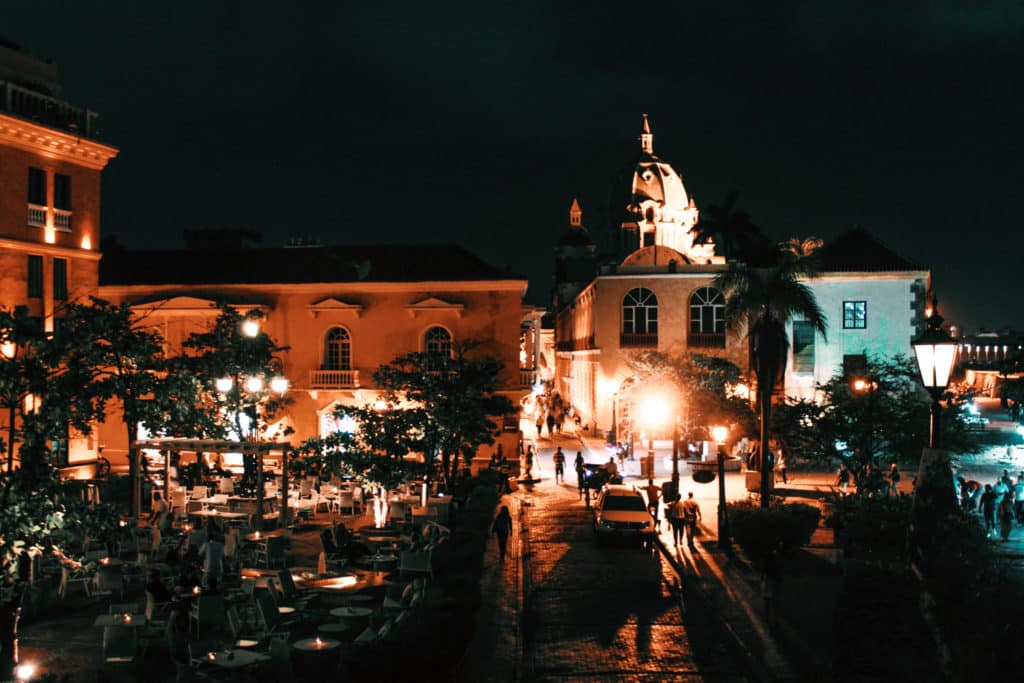 This church is located in a pretty square in the Old City and it’s worth going inside.

Founded by Jesuits in the 17th century, this church is named for Pedro Claver, a priest who was known as “slave to the slaves.” He spent most of his life ministering to slaves and arguing for their better treatment. He is also commonly misrepresented as supporting the abolition of slavery, but there is no evidence that he actually did this.

The church has a museum with church artifacts along with indigenous and Afro-Colombian art. The entrance fee to the museum is about $4. 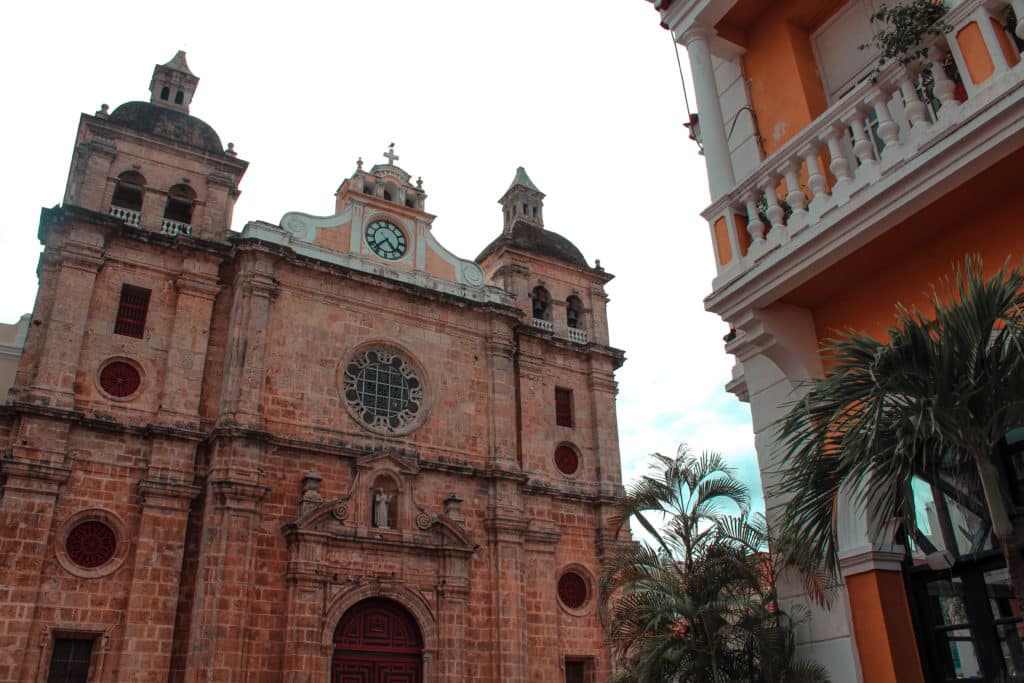 It gets unbearably hot in Cartagena (90-100 degrees Fahrenheit) and I found it too hot to be outside for very long on some afternoons.

This is where staying at a hotel with a pool helps!

Going for a dip in the pool is the perfect way to beat the afternoon heat. The pool at Casa San Agustin (pictured below) is really remarkable! 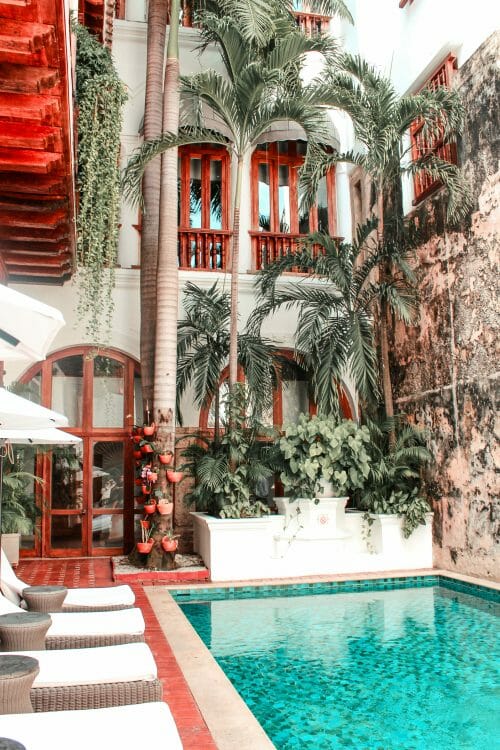 These are some of the best things to do in Cartagena, Colombia!

For more posts about Cartagena, be sure to read the following: 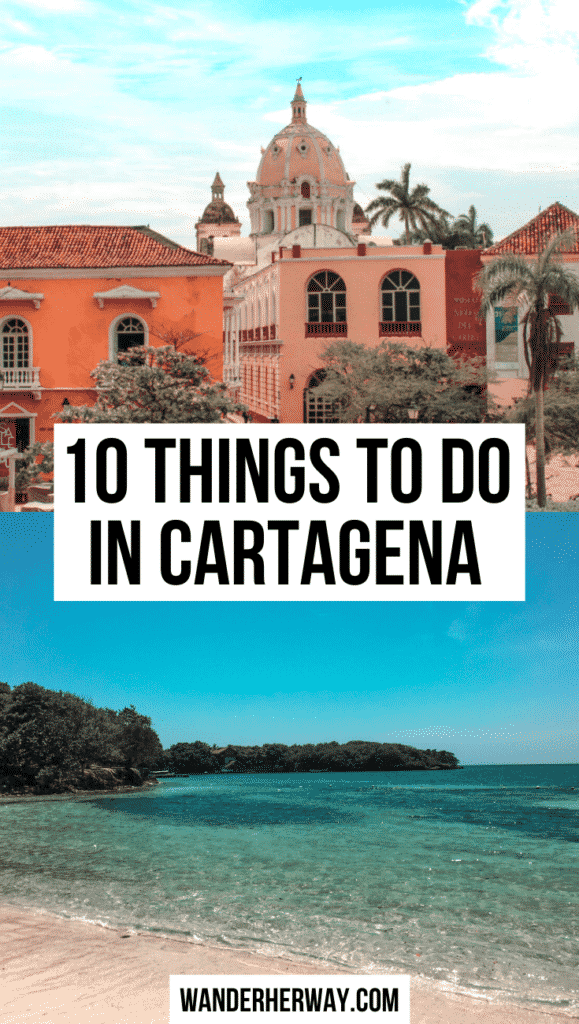 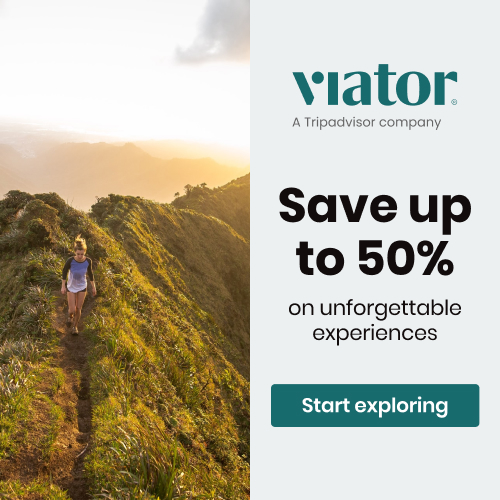