The Wizarding World of Harry Potter at Universal Orlando is an experience that’s truly hard to describe. Whether you are a die-hard devotee of the Harry Potter books and movies or just a casual fan, you are bound to have an amazing time. The Harry Potter area of the parks is so immersive that you will really feel like you’re a wizard at Hogwarts!

Here is everything you need to know about visiting The Wizarding World of Harry Potter so you can have an amazing and magical experience: 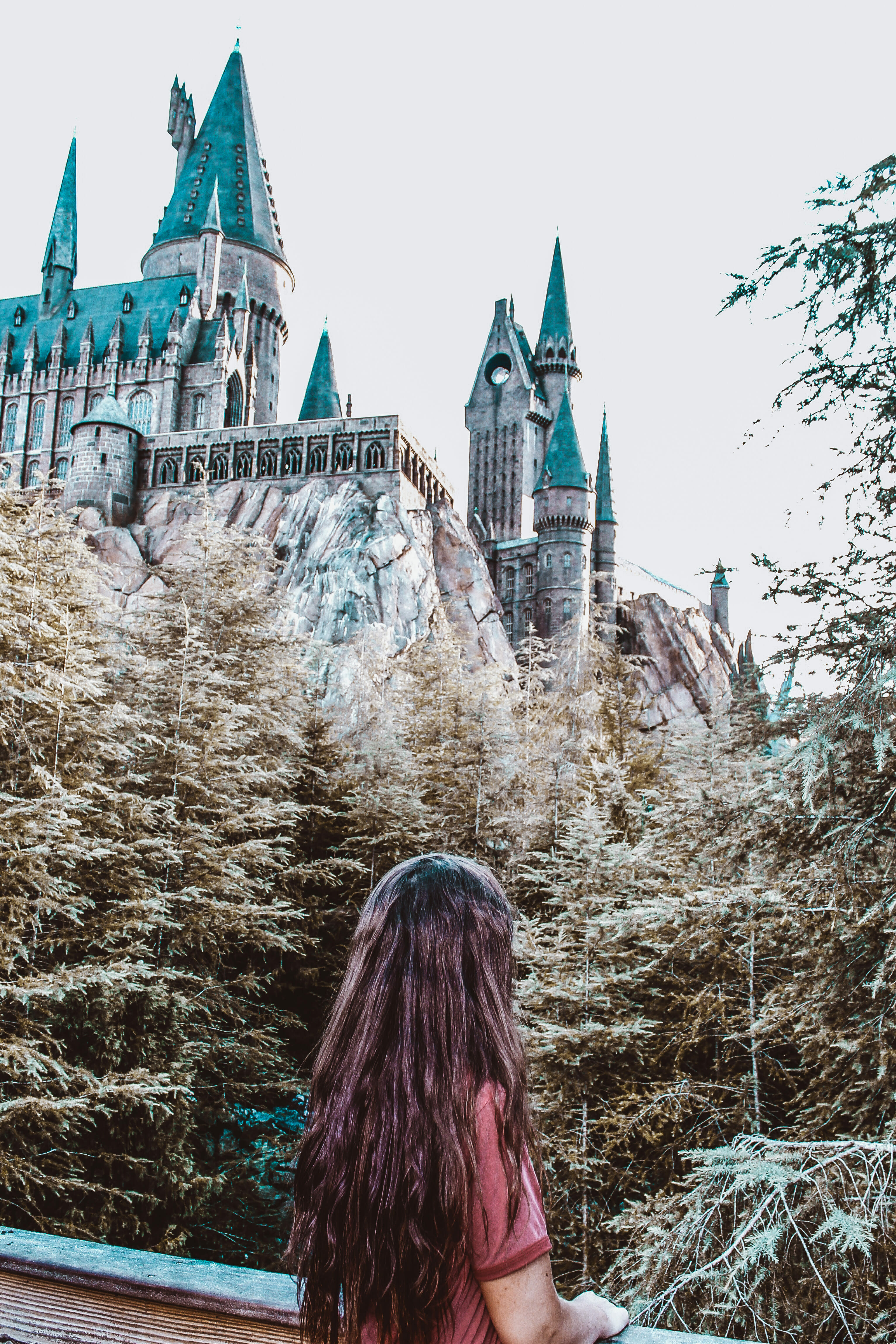 Because of the way Universal is set up, each area is in a different theme park. Hogsmeade is in Islands of Adventure, while Diagon Alley is in Universal Studios. So if you only have one day at the parks, you will need to purchase the one-day park-to-park ticket which allows you access to both parks and lets you ride the Hogwarts Express to travel between the two parks.

Unfortunately, if you don’t get a park-to-park ticket, you will only be able to visit one park (either Universal Studios or Islands of Adventure) and you won’t be able to ride the Hogwarts Express.

If you are going to stay at Universal Orlando (which I recommend if you plan to visit the parks for multiple days) there are quite a few hotels you can choose from. Staying at select Universal hotels also gives you the perk of a free Universal Express Pass. (More on that later in this post.)

Here are the best Universal hotels that I recommend for your trip!

Loews Portofino Bay Hotel: This is one of the coolest hotels at Universal, designed to look like you’re in Portofino, Italy! It’s the perfect play to stay if you’re looking for a luxury experience.

Hard Rock Hotel: This rock and roll themed hotel is a lot of fun and one of the best Universal hotels to stay at if you’re traveling with kids!

Loews Royal Pacific Hotel: Another great option for your trip is this on-site hotel that will remind you of a Polynesian paradise. 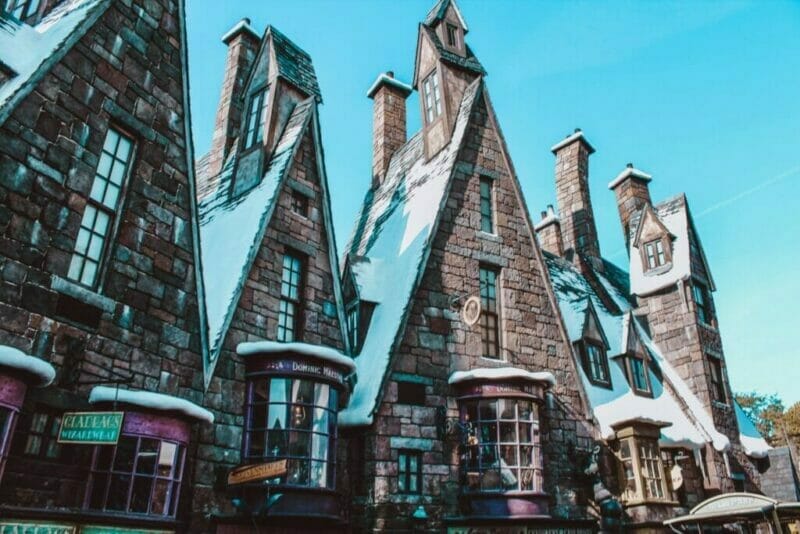 Which Ticket Should You Get?

I always do the one-day park-to-park ticket when I go to Universal, because I like to visit both Hogsmeade and Diagon Alley and ride the Hogwarts Express train between the two.

I’ve only ever spent one day at a time at Universal, because I spend the majority of my trips to Orlando at Disney World. But the BEST deal you can get is buying multi-day tickets. For both park-to-park and one-park tickets, the tickets get cheaper as you add more days.

Whichever option you choose, just remember that you need a park-to-park ticket if you want to ride the Hogwarts Express at The Wizarding World of Harry Potter.

I think one day is enough to thoroughly explore all of The Wizarding World of Harry Potter, along with hitting the highlights of Universal Studios and Islands of Adventure. But if you can spare the extra time and money, then going for more days is definitely worth it and will give you more time to enjoy yourself and soak everything in.

The first area of The Wizarding World of Harry Potter is Hogsmeade, located at Islands of Adventure Here you will find Hogsmeade Village and the impressive Hogwarts Castle. Some of the highlights of Hogsmeade are: 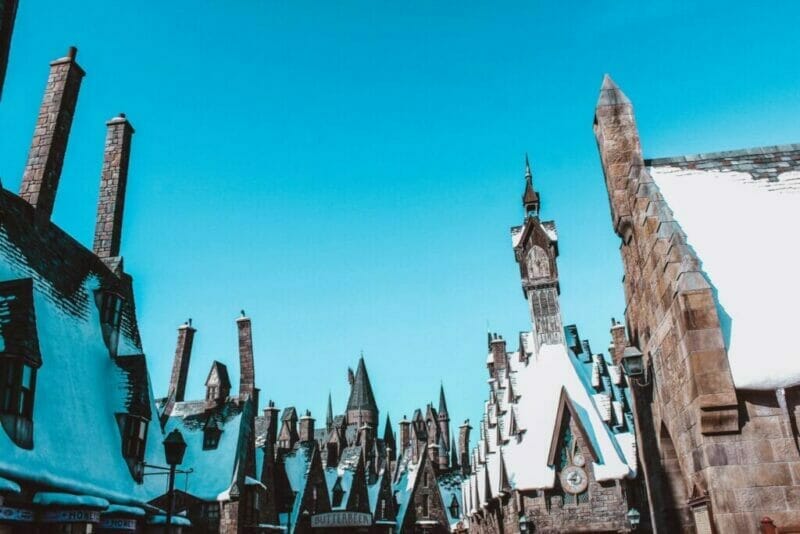 Diagon Alley is the newest addition to The Wizarding World of Harry Potter. It’s designed to look like the secret wizard’s world hidden within the city of London. This area is located in the Universal Studios park. Some of the highlights include: 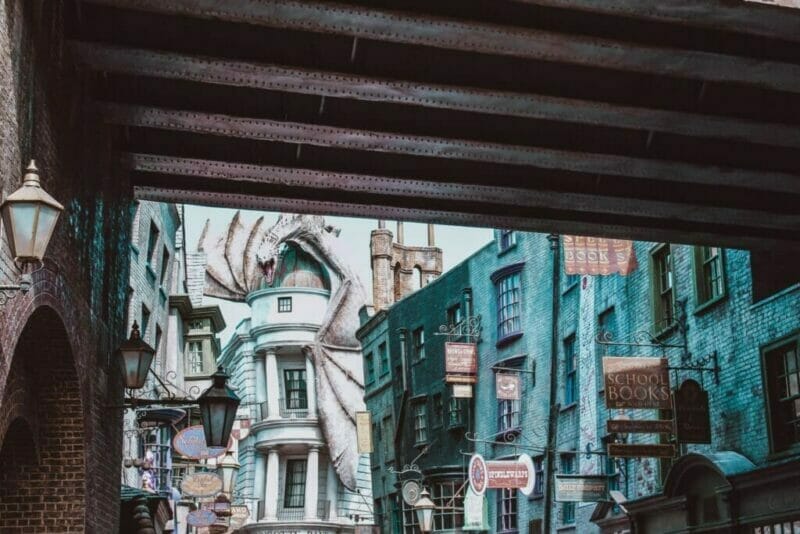 It’s worth riding the train both ways because the storyline for the Hogsmeade-London journey is different from the London-Hogsmeade journey.

Just remember that you will need a park-to-park ticket in order to board the Hogwarts Express, since it takes you between the two separate Universal theme parks! 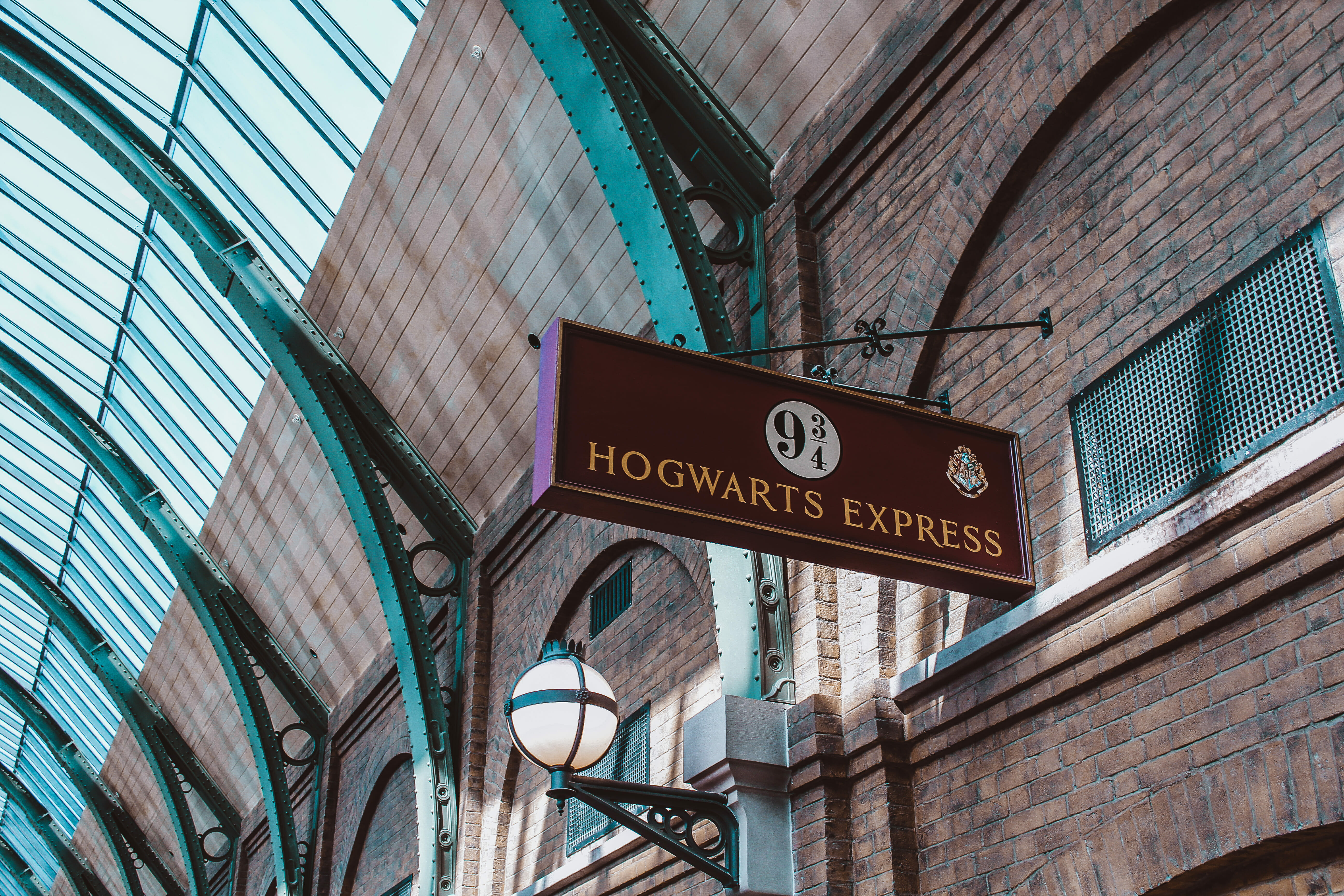 If you want to save time and skip the lines at Universal, including the attractions at The Wizarding World of Harry Potter, you can purchase the Universal Express Pass.

I never got the Express Pass because it previously excluded the rides at The Wizarding World of Harry Potter, but now that they’re included, I would highly consider getting it for my next trip.

You can purchase a one-day park-to-park ticket with an Unlimited Express Pass included for $249.99. Since the one-day park-to-park ticket is already $170, I would consider the additional $80 worth it to be able to skip the line for almost all the attractions at both Universal parks. Especially at The Wizarding World of Harry Potter, where the lines can get crazy long for The Forbidden Journey, Escape from Gringotts, and the Hogwarts Express.

If you stay at an on-site Universal hotel such as the Hard Rock Hotel, you get Unlimited Express Passes included for free with your stay. 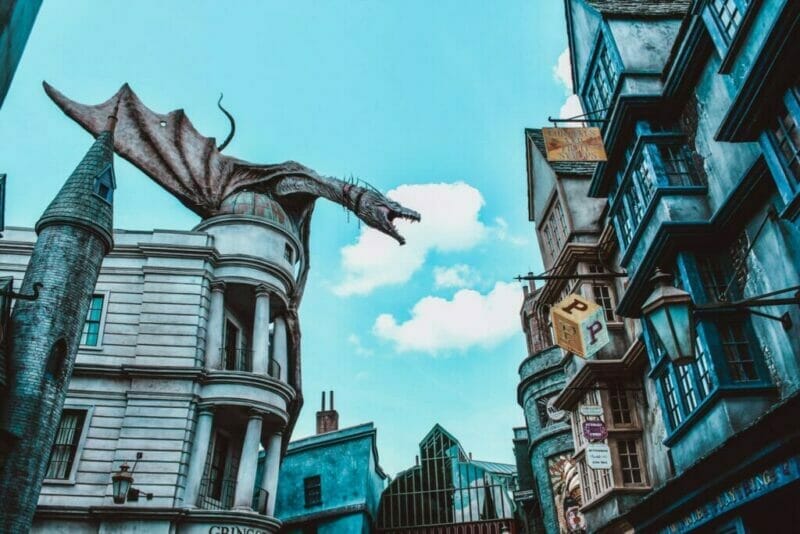 The best times of year to visit The Wizarding World of Harry Potter (and Universal in general) based on crowds, weather, and prices are:

The worst times to visit the parks (AKA the most crowded and expensive) are Thanksgiving, Christmas, New Year’s, spring break, and summer (when it’s extremely hot too!) 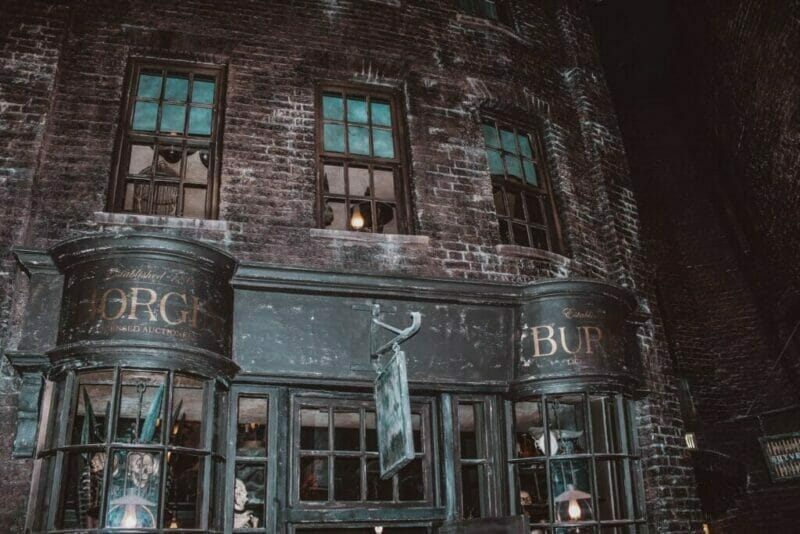 Other Tips for The Wizarding World of Harry Potter

1. Check theme park hours before you go. Sometimes Universal Studios will open an hour earlier than Islands of Adventure or vice versa. The parks also close at wildly varying hours depending on the day/season. You can see current theme park hours here.

2. Arrive early at the park. I am a firm advocate for showing up at theme parks right when they open. It will be the only time of day you’ll have the chance to ride one or two rides without absolutely no wait.

3. Don’t miss Knockturn Alley. In bustling Diagon Alley, don’t miss the almost-hidden entrance to Knockturn Alley, where wizards who practice the Dark Arts go to do their shopping. This dark alleyway is a great place to walk through to cool off on a hot day. And don’t forget to check out the creepy Borgin and Burkes shop!

4. Ride the Hogwarts Express both ways. The storyline changes depending on which way you’re going so it’s worth riding the train twice to experience it both ways.

6. Buy an interactive magic wand. While the interactive wands for sale at Ollivander’s are pricy ($48) they’re well worth it because you can take them around the park and perform “magic spells” at designated interactive spots. This is the perfect souvenir for younger kids who will be delighted by the “magic” they can create!

7. Make sure to try Butterbeer. What would a trip to The Wizarding World of Harry Potter be without trying the famous Butterbeer delicacy? You can get hot, cold, or frozen Butterbeer. My personal favorite is the frozen variety. 🙂 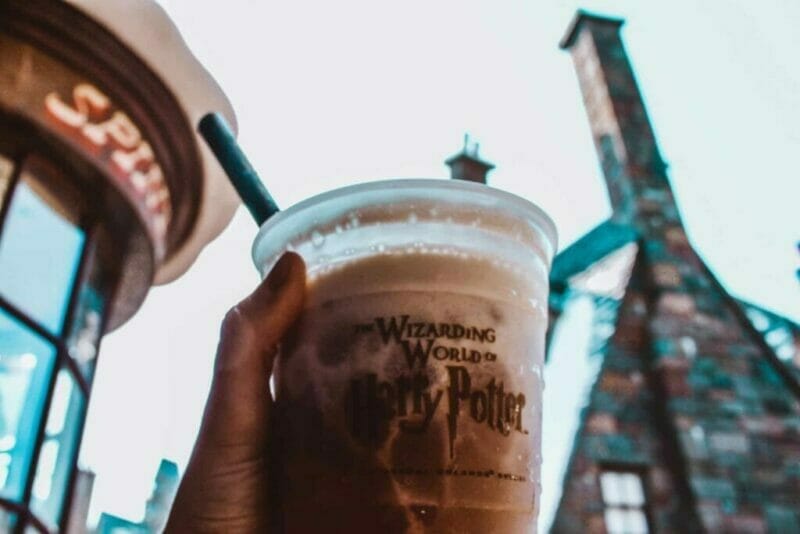 8. Dress for the weather. It can get really, really hot in Orlando, so make sure to check the weather before your trip. While dressing up for the parks is fun, you’ll probably want to skip the wizard robes and Hogwarts house scarves and just wear a t-shirt instead.

10. Exchange your money at Gringotts Bank. In Diagon Alley you can exchange real money for Gringotts bank notes for a $1 to $1 rate at no extra cost, which you can then use to purchase food and souvenirs around the park.

I hope these tips make your visit to The Wizarding World of Harry Potter as magical as possible! 🙂 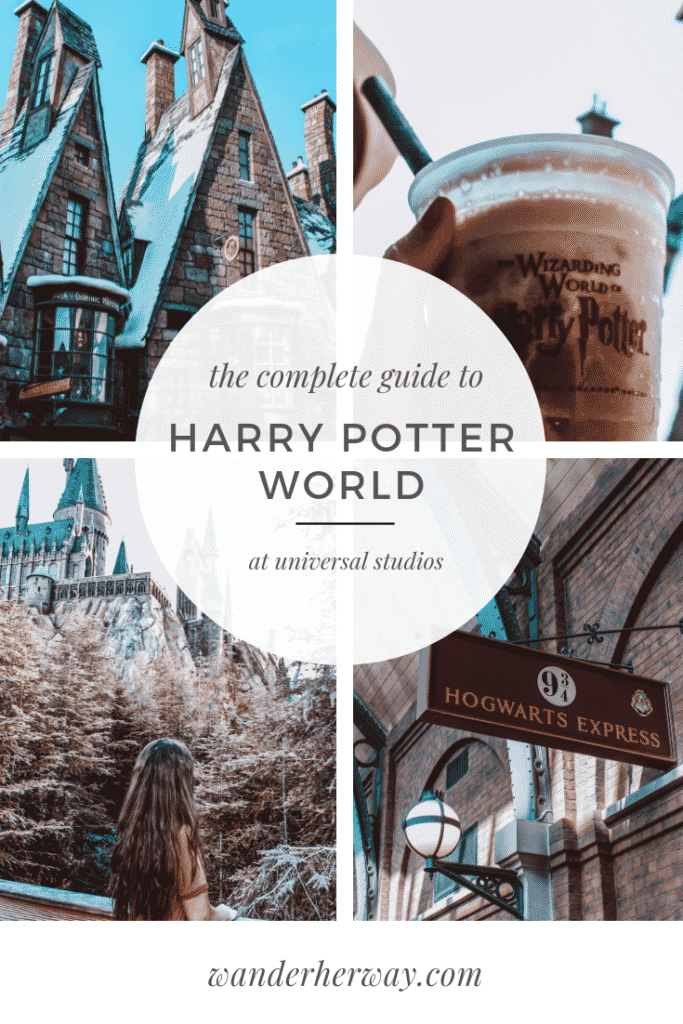